Track Day: A terrifying, yet gratifying ride at Road Atlanta 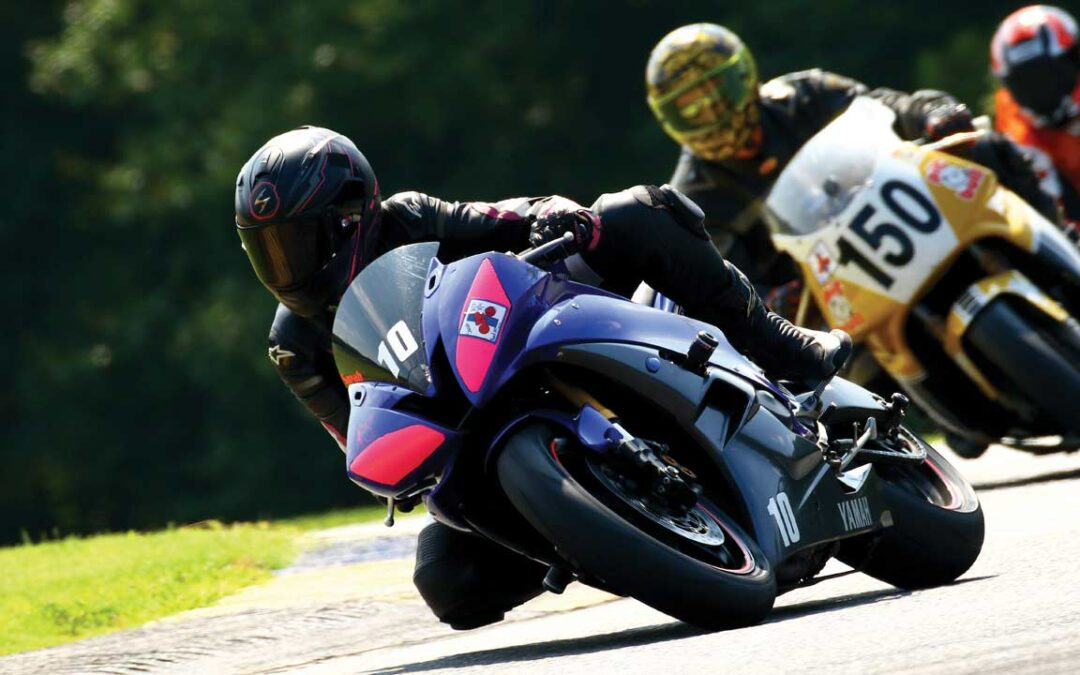 Learning how to ride did not come easy for me. There were times I thought I would never get the hang of it and get out on the road. But, through the support of other riders, it gave me the encouragement and motivation to keep pushing and learning. Through that support — and a lot of practice, training and a slew of track-day instruction — I finally began to feel confident in my riding. Today, that usually includes The Dragon and curvy roads in the Tennessee or North Carolina mountains as well as a few racetracks — including one of the most terrifying and gratifying courses: Michelin Raceway Road Atlanta.

“Be prepared for a challenge.”

“It’s tough to figure out the lines; there are easier tracks.”

“Bring a change of underwear because it’ll make you crap your pants.”

These are just a few of the comments I heard when I told people I was going to do a track day at Road Atlanta for the first time. So, needless to say, I was nervous about it. A year ago, I did my first track day after a three-year hiatus at Virginia International Raceway. I ride a lot off the track, but it’s all on tight and twisty mountain roads, so I’m not accustomed to high-speed cornering and higher-speed straights.

VIR had both and I really struggled with it. I felt fearful and lacked confidence, which resulted in abysmal lap times all weekend. I left VIR feeling disappointed and full of self-doubt. I kept asking myself if I was even cut out for track days. Later that same year, I did Jennings GP in north Florida and found I did so much better at that track. I followed that up with “Little Tally,” Talladega Gran Prix Raceway in Alabama, where I made some huge improvements and gained significantly more speed.

I came to the conclusion I’m more confident and faster on the smaller, tighter tracks because they’re more similar to the roads I ride at home. Plus, Little Tally and Jennings don’t have the elevation changes of VIR, so it helped that I could see through the corners and knew what was ahead. Part of me wanted to stick to the smaller tracks where I knew I could be faster and feel at home, but as they saying goes, comfort zones are a beautiful place but nothing grows there. I knew if I kept riding what felt comfortable to me I would never progress and I would never overcome my fear of larger, faster tracks with more drastic elevation and blind turns. And I’m not in the business of harboring fear — and nor should anyone else.

Everyone’s comments were exactly correct. It’s difficult. Imagine this: You pull out of the pit, head up a hill, and you can’t see what’s over the hill. Well, it’s a freaking bus stop into a tight chicane. I was literally like, what the hell guys?

You get through that, go through some nice S-curves up a hill and then you have ANOTHER blind hill. And while you’re wondering what the sadists who designed Road Atlanta may have put after that hill, people are flying by you on the right and left and you just hope and pray that if you follow them you’ll end up in the right spot. You then go through some nice, visible, tighter turns in turns 6 and 7 and I’m thinking OK, I got this, this isn’t so bad. Well, get ready, because now you’re on a high-speed straight and got to hit gears 4, 5, 6 — boom, boom, boom. Then there’s yet ANOTHER blind hill, which you know that somewhere on the other side (but you don’t know exactly where) there’s a kink.

So again, I’m just hoping to the track gods that I’m in the right position to make the kink. After the kink, you brake hard going downhill into turns 10A and 10B. Then up a hill to guess what? ANOTHER blind hill under the bridge. And this, people, is what made me about pee my pants. Since cars run at Road Atlanta, and pit in is right there, there are all these cones and lines. So I went up over the hill and suddenly had no clue where to go, exactly. Luckily, a couple people blew by me, and I followed them into the final turn and down the front straight. 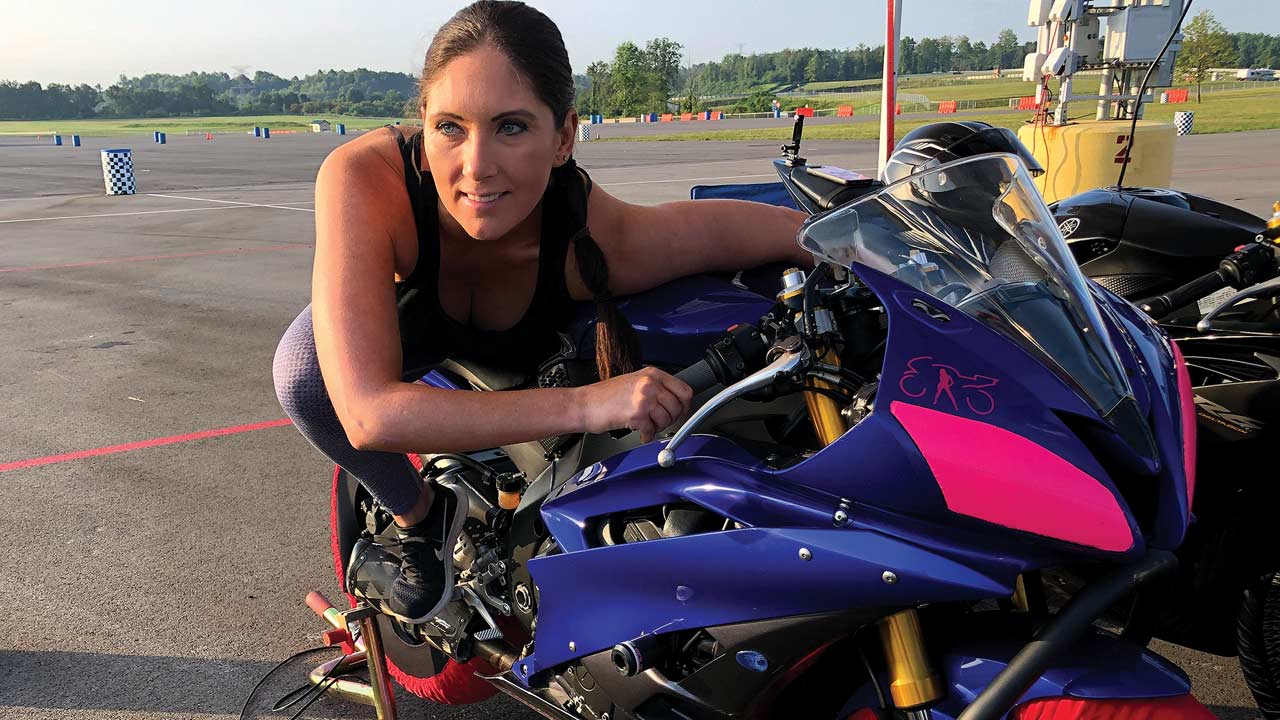 Sarah Merrell practices her body positioning in the pits during a track day. 129photos.com

After my first session, I pulled into the pits and was shaking. I felt totally overwhelmed and completely out of my element. I told my friend and fellow sportbike rider Anna Rigby of Redspade Racing that maybe I should bump down to Novice. I’m so glad I had her to talk to because she encouraged me not to bump down and explained that going to Novice would not make me faster. Instead, she suggested working with a coach and finding some markers to shoot for — and that’s what I did. The second session I went out with a Sportbike Track Time coach (which they’re awesome, by the way) and followed his lines. I watched to see where he set himself up on the blind hills. With each lap we got a little faster and faster. By the end of the session, I found I wasn’t letting off the throttle in the blind spots and was starting to gain some confidence. I ended the second session feeling significantly better — like I could actually do this. I made sure I timed my laps that session so I could have a starting point, too.

Working on skills and building speed

My third session, I worked on the areas I knew I was especially slow and losing a lot of precious seconds: the bus stop into the chicane, kink and the three blind hills. I really pushed myself past my comfort zones on those areas, and by the end of the session I had shaved off a few seconds. But, the kink and final hill after 10A and 10B were still my nemesis, so the fourth session I focused on those and for the first time all day, finally kept the throttle open on both the kink and when getting ready to crest the hill beneath the bridge. When I accomplished that, I was smiling so big in my helmet! I wanted to do a happy dance on my bike, but then remembered my lap timer was ticking.

Just by gaining confidence in those two areas I shaved off another couple seconds. The fifth and sixth sessions, with my confidence up, I started really cranking on it. No coasting — all brake, all throttle, just trying to brake later and later and get faster and faster. By the end of the day, I had shaved over 7 seconds from my best lap time in session 2, and shaved off 10 seconds from my first timed lap. Most importantly, I found that I went from being terrified to smiling. 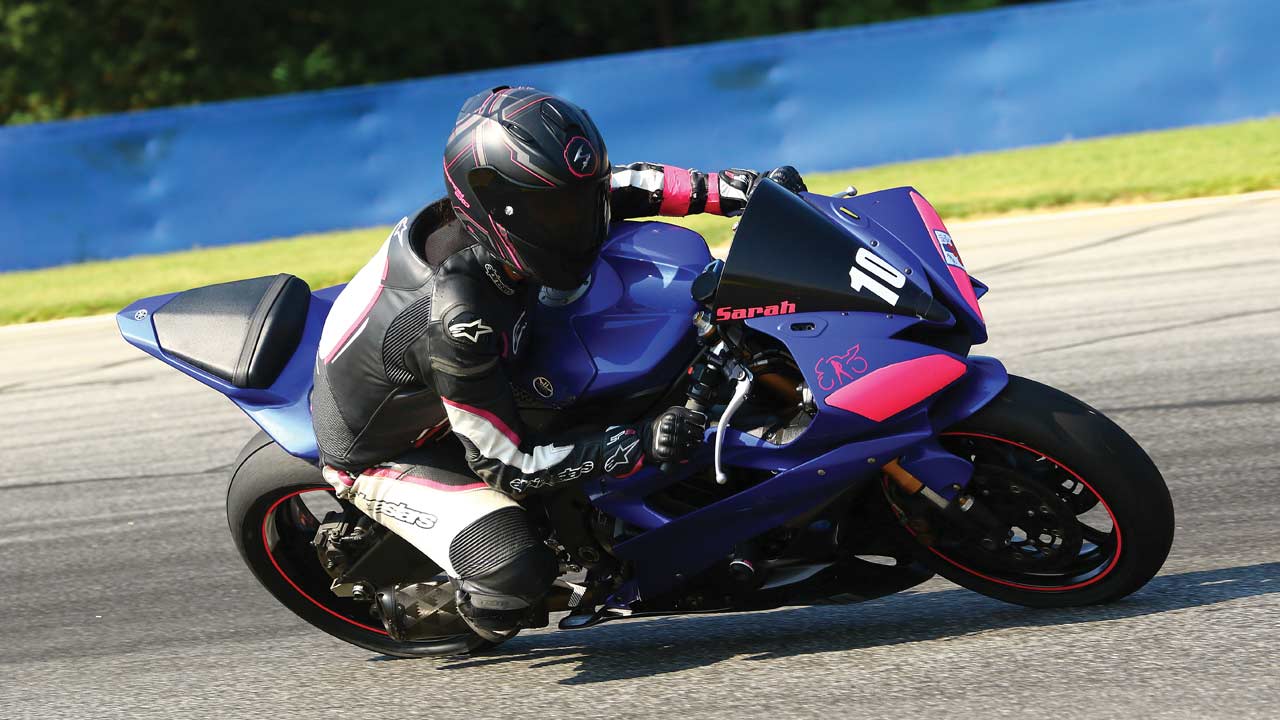 While at Road Atlanta, I spoke to quite a few people who were there for their first time who mentioned they hadn’t done it before because they heard people say how difficult it is or that it’s scary. My thoughts on Road Atlanta are this: The fact that it’s challenging, technical, and yeah, kind of scary, are exactly why you should ride this track.

Now that I’ve ridden Road Atlanta, I feel so much more self-assured about doing VIR again. And I think my experience at Road Atlanta has made me faster in general. I was hitting speeds I’ve never hit before in my life. By stretching my comfort zone, I gained experience, skill and speed. It also gave me a sense of accomplishment — that I went out there, tackled it and turned my fear into fun. Once you learn the track and the technicalities of it, it’s a really fun track. When I went into my first session on day 2 on Sunday, I wasn’t scared. I was just plain having a good time.

The great thing about riding different tracks is that each one is so unique, and I’ve found there are things to really love about each one. Now that I’ve done Road Atlanta, I can’t wait to go back and do it again. At first I hated this track, but now I have a lot of respect, and I’m grateful. It’s a thrilling, fun track once you get a feel for it. It’s definitely on my list of tracks to do again and again.